It's time to put patients above profits.

It's time to put patients above profits.

Floridians are paying more and waiting longer for prescription medications due to the predatory practices of middle men called pharmacy benefit managers or PBMs. These PBM middle men were supposed to hold down health care costs, but, instead, they found a way to line their own pockets by forcing patients to the big box or mail-order pharmacies where they make the most money. And many patients are stuck driving long distances or waiting weeks for their medication -- in some cases with life-threatening consequences.

These PBM middle men don't make drugs, prescribe drugs, or dispense drugs -- but they do drive up costs for everyone. It's time to put patients above profits and restore the free market so that health care works for Floridians instead of PBM middle men.

THE FLORIDA PHARMACY ASSOCIATION URGES YOU TO MAKE YOUR VOICE HEARD AND LET STATE LEGISLATORS KNOW THAT ENOUGH IS ENOUGH. NOW IS THE TIME FOR ACTION. 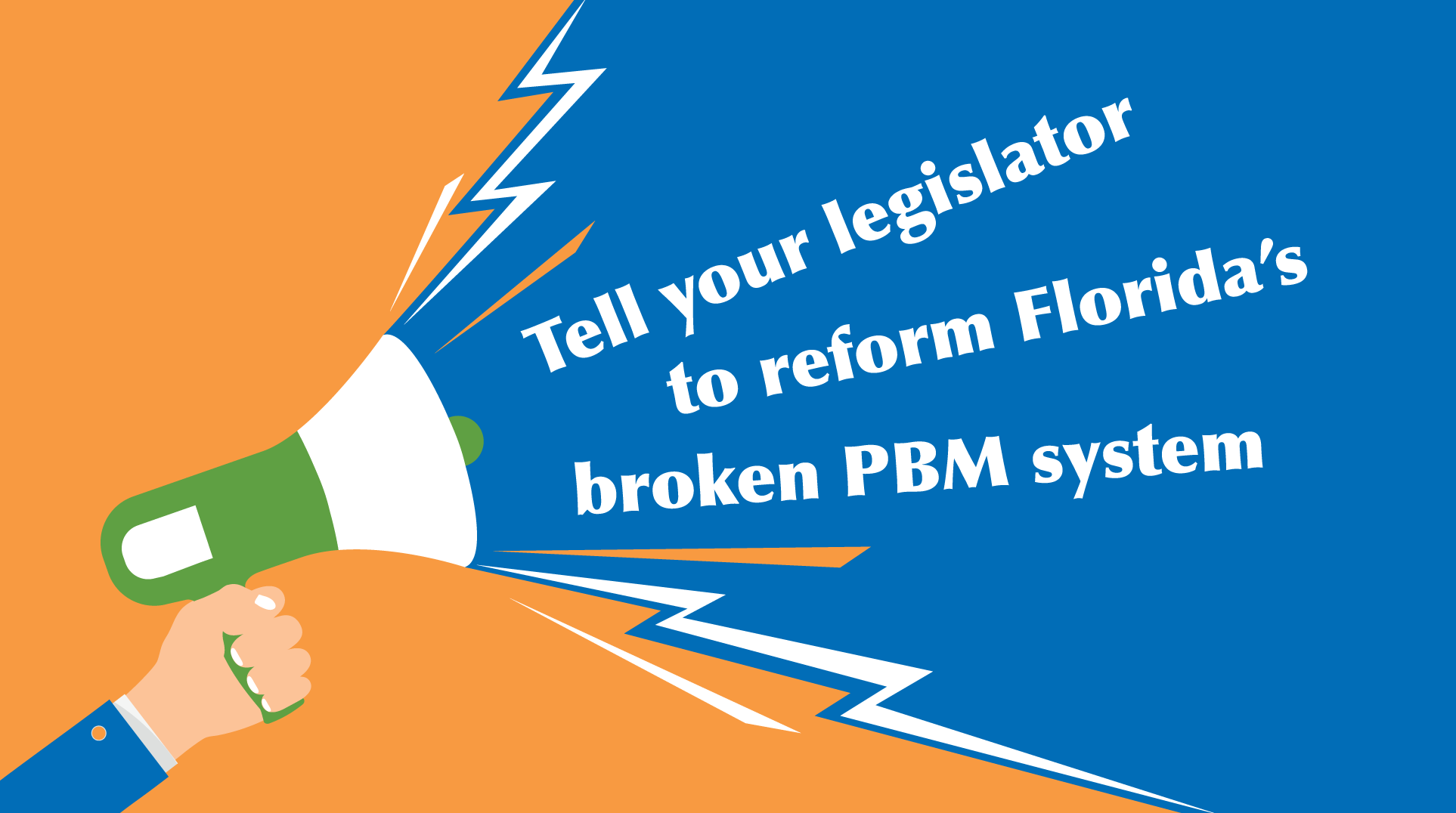 Call your state legislators and urge them to pass PBM Reforms NOW!